In the year 1647 an old farm from 1594 was renovated and the first stables were built in the hamlet called “Buurt Over Ouderkerk” on the banks of the Amstel. In 1693 these were bought by Pieter Meffert, who gave it the name Paardenburg. Due to the rise of modern transport by horse drawn ship through the river, he aims at the function of a public house. Bulls-eye, as it turns out. In 1702 he was able to build the current premises and gave it the official function of “tavern”. It is the beginning of the rich history of one of Holland’s most famous restaurants. Meetings, mooring, parking, dining… it has existed here for centuries. 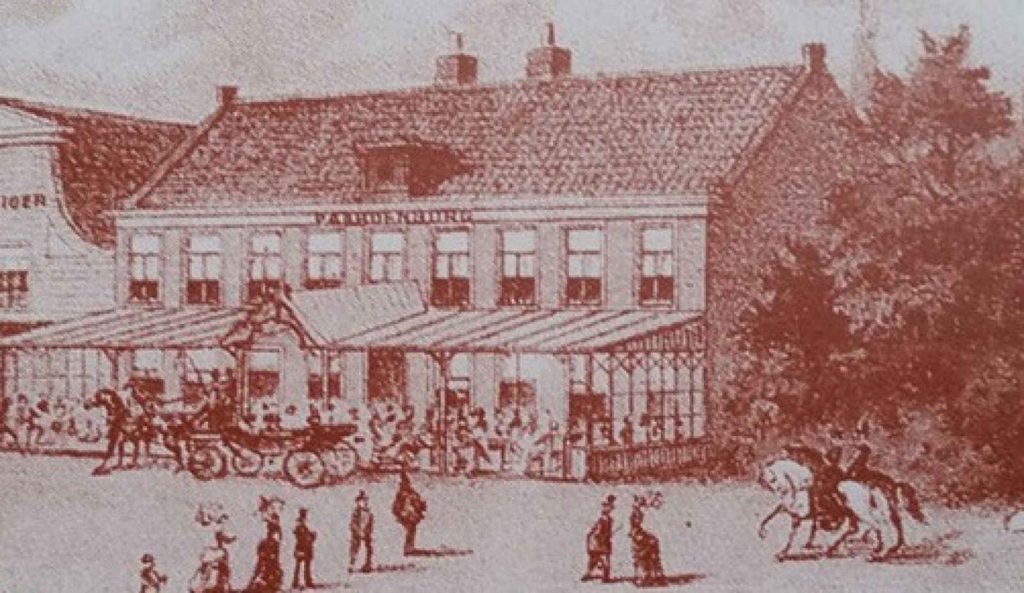 In addition to the commuters, Paardenburg was also popular among dignitaries and the local associations. The municipal council of Middelpolder met here regularly in the middle of 1800. Not surprising since one of the council members was the owner of the building which he bought in 1846 for f. 3.800,00. We also know that the ‘Hollandsche Maatschappij van Landbouw’ held their board meetings here in 1855 for a total cost of 5 Dutch guilders. Five years later this society organized horse races with festivities at Paardenburg. Due to its popularity it turned into an annual event and eventually it became a tradition to end the festivities with fireworks. At that time Paardenburg also became a stage for political unrest during civil meetings taking place indoors. Outside, opponents gathered in protest against, for example, the annexation of the territory of Ouderkerk. 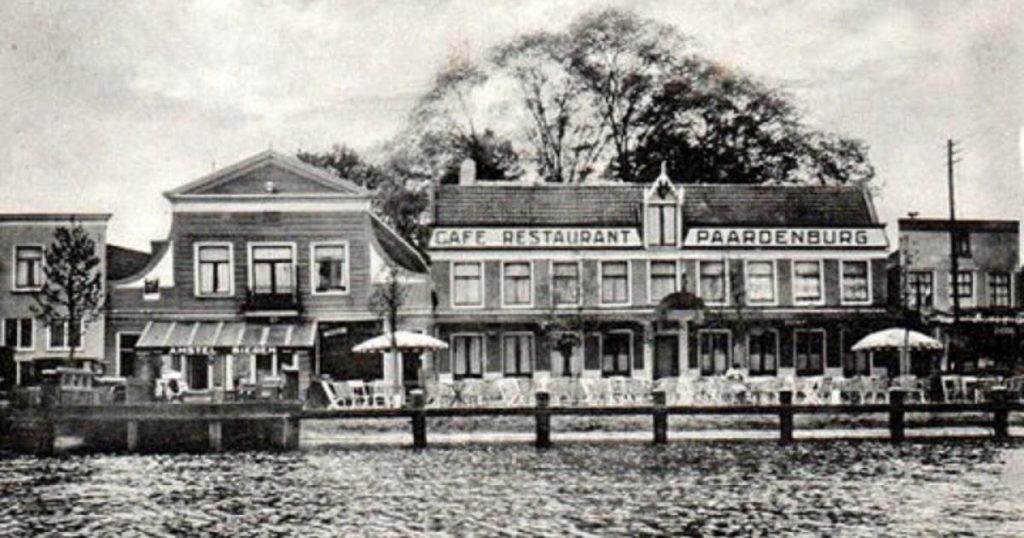 Nowadays a lot has been invested in parking facilities around Paardenburg to accommodate the large numbers of guests, but in official documents from 1801 these amenities are already on the agenda. These show that the adjacent, current restaurant India Port, was a coach house with stables and 18 horses could be unhitched. There was also a 2.5 hectares plot of land where one could stall their horse. Where in present time one locks their car and dines, horses used to be cared for with hay and water and the stables were mucked out daily.

The property has undergone several transformations over the centuries. For example, a characteristic porch was added on in 1898 and then renovated in 1924. Later in 1967 it was replaced again and became a conservatory.  To this day inside the conservatory one can still see the centuries-old cobblestones over which the first veranda was built in 1898. 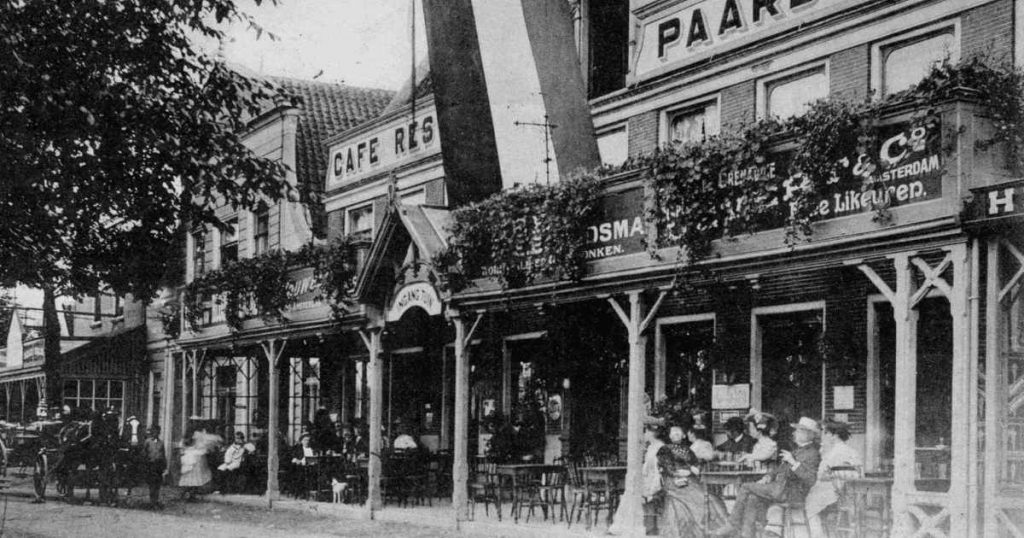 Paardenburg has known many owners and has been sold for a wide range of amounts. Through the centuries it has seen high tides and poverty. Where one owner became wealthy, the other went bankrupt. The menu has consisted of French haute cuisine but also pub grub like all-you-can-eat spare ribs. It has been the decor for a TV show by chef Herman den Blijker who started his television career here with ‘Engel & Het Paard’.
What has remained over the centuries is the building, the Amstel, the meetings, the dinners, the name, the reputation 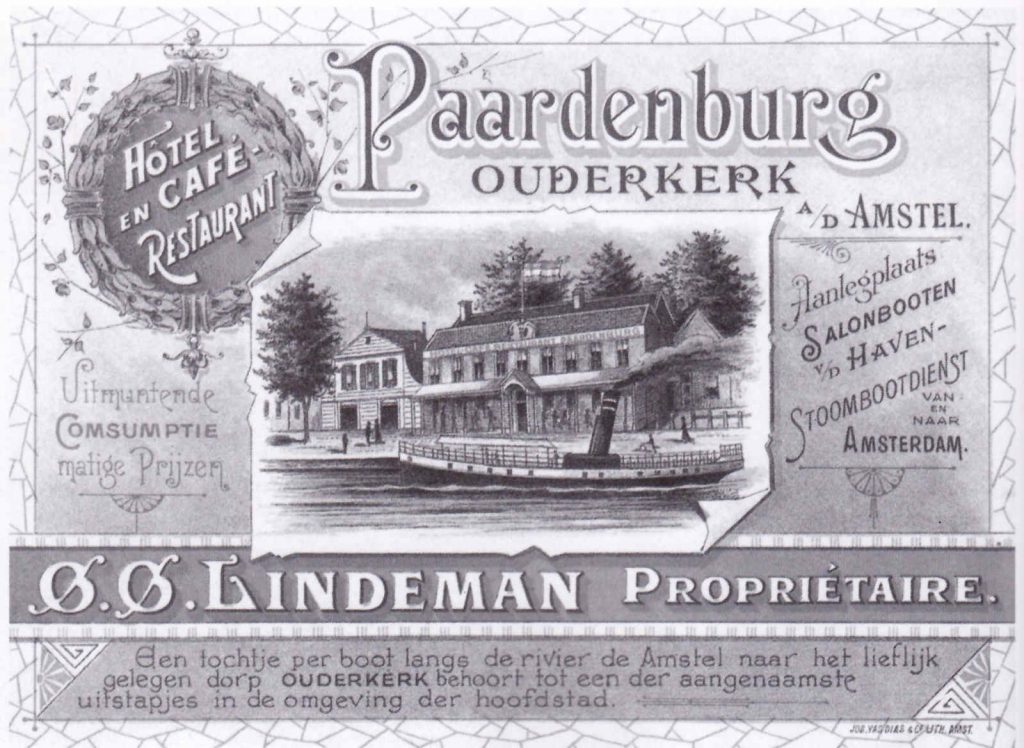 After a significant renovation Paardenburg was reopened in early 2019 by current owner Gijs Numan. With a Parisian conservatory, an intimate bar and the original hand painted J.C. Braakensiek Hall with a nod to the end of the Golden Age, in which Paardenburg was founded. The kitchen is classic French with top quality brasserie dishes, prepared by professionals. Our team, headed by chef Michael Hendriksen, is close-nit and passionate and aims for the best every single day. The wine list seamlessly matches the menu with many French classics in all price ranges. But we don’t want to deprive you of new world wines either as they are also well represented.